“Those aren’t dark circles under our eyes, those are the shadows of the project,” said Andreas Geiger and his colleague Björn Unrath from CTO Balzuweit in Stuttgart, introducing their presentation with a wink. After all, the point at the Partner Barcamp was to enter into a dialog with the audience as part of the EASYTalk – Conference for Interaction and Dialog, and illustrate to the interested EASY employees and partners the practical challenges and solutions which arise during a project.
The CTO customer was using SAP HCM, that is the SAP personnel file. They wanted a fully integrated connection to the EASY Archive without a system interruption in order to manage their personnel documents. Furthermore, the EASY Archive should be used as a central document archive for storing the documents.

Secure connection to the EASY Archive

The second project involved the EASY Archive. The customer wanted a connection to the human resources department for the company-wide document archive, with the complete administration running via SAP Knowledge Provider (KPro) and EASY Archive only serving as revision-proof storage. The challenge for CTO was to deny administrators access to the archive data. Here, CTO undertook several measures which raise the threshold for possible misuse of data:

Despite these protective measures, an administrator may still be able to access the data, but would need a certain amount of criminal intent, explained Andreas Geiger to the interested audience.

The starting position: The interface was the merchant and supplier file developed for EASY Documents. Master data were to be imported automatically with file creation. Originally, this was to be taken from the customer’s existing “regular” SAP, but the customer later relied on a Cloud-based solution for all employees, SAP C4C.
The challenge: On the one hand, a way had to be found to import the master data from the existing non-local solution into the local EASY system. On the other hand, an integration had to be created for C4C with which the documents in the local EASY archive could be displayed seamlessly in the Cloud. CTO wanted to find a standardized technology to import the master data securely into the local network. Not an easy feat in the context of local systems, says Andreas Geiger.
The solution: The consultants used the REST-based data exchange protocol OData, which supports data tapping on the SAP C4C side. Put simply, it is SQL for the Web. It allows a standardized data tap via HTTP in an SQL-like query language and can deliver the information in JSON or XML format. CTO developed a connector for this based on CLARC automation, which monitors the data cyclically and updates the merchant and supplier files whenever there are changes. The connector can be used universally and is also suitable for use in other scenarios, or with other data sets and source or target systems. Thus, for example, the customer can also import data from a Microsoft Azure Cloud into an EASY archive.
The customer also expressed the desire of being able to display and archive documents out of C4C. They wanted a fully integrated solution especially designed for this. Further, C4C users should be able to access the EASY Archive with their rights. CTO integrated EASYWARE authentication for this, so that C4C users obtained their rights via the archive rights. In both cases, the customer relied on LDAP integration, which facilitates clear user profile allocation. In addition, documents can be converted via the EASY View Server when viewed, and uniformly displayed as PDF files.
Being able to display documents securely posed an additional challenge. Until now, they had to be represented via separate links. In order to ensure secure data display, links for accessing the documents are provided with one-time OTP tokens. 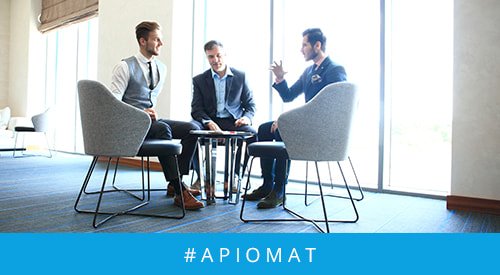